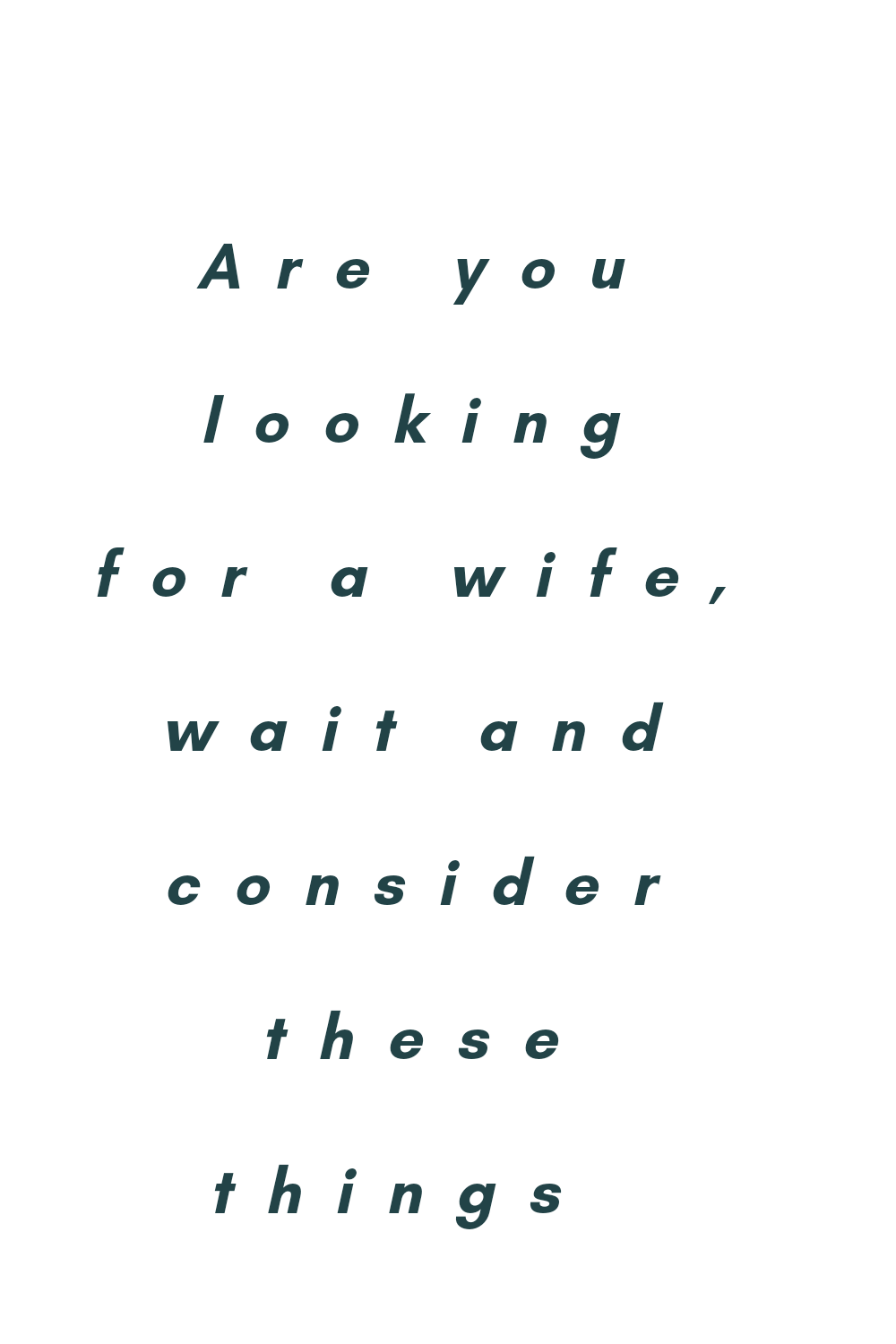 Marriage is a serious business it is not something you just go into and after some time you decide to walk away. That many are divorcing doesn’t mean they are finding it funny. Divorce has lots of implications and creates stigma in the lives of the kids. That is why a man needs to have an understanding of the marriage institution before going into it. This post is not about marriage anyway but to help the man searching for a wife to consider certain things before choosing one. I listed five things to consider, let’s take a look at them:- 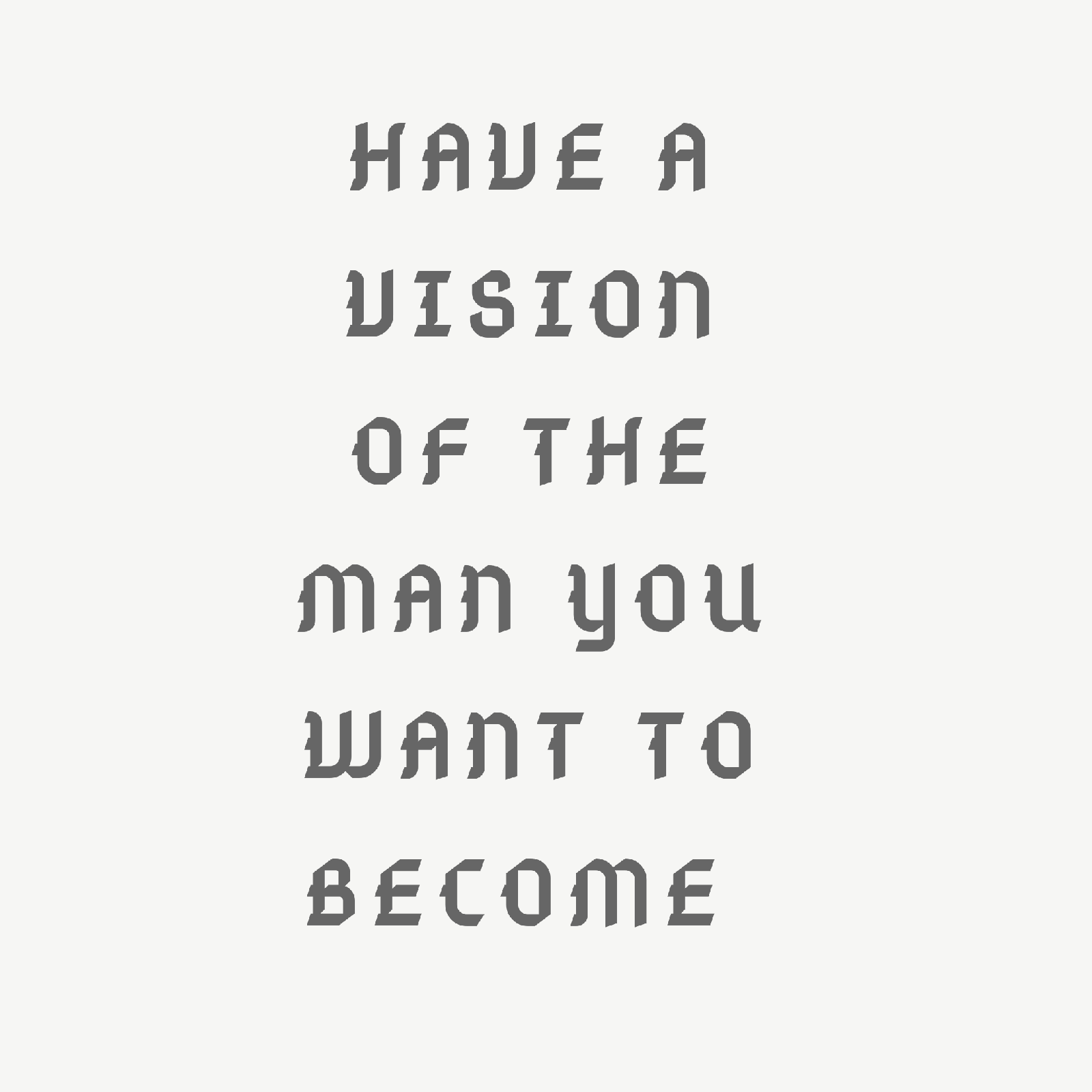 1. VISION OF WHERE HE IS GOING. It is important that every man should have a vision of where he is going before choosing a wife. Vision is a picture of the series of activities that one needs to take to get to where he or she wants to be in life. I can also say, the series of activities you need to take to become the kind of person you aspire to be in the nearest future. If a man wants to get married and don’t have a vision for his life, he might end up marrying the wrong woman which might even cause the man considering marrying a second wife when he might have discovered his purpose and now begin to see his wife as not been fit into his purpose. This can even lead to divorcing the first wife and marry another wife. Also if a man doesn’t have a vision for his life and marry a woman, the woman might end up being frustrated in that marriage and when a woman becomes frustrated in a marriage she begins to exhibit some characters that will be affecting the man psychologically. Most times the woman will end up pursuing her career which if she eventually becomes successful might see the man feeling intimidated by the woman. A man with a vision or that knows where he is going should look for a wife that will fit into his vision. she might not be completely a hundred percent but he begins to improve her worth. With such a woman, both of them will begin to achieve their purpose together. 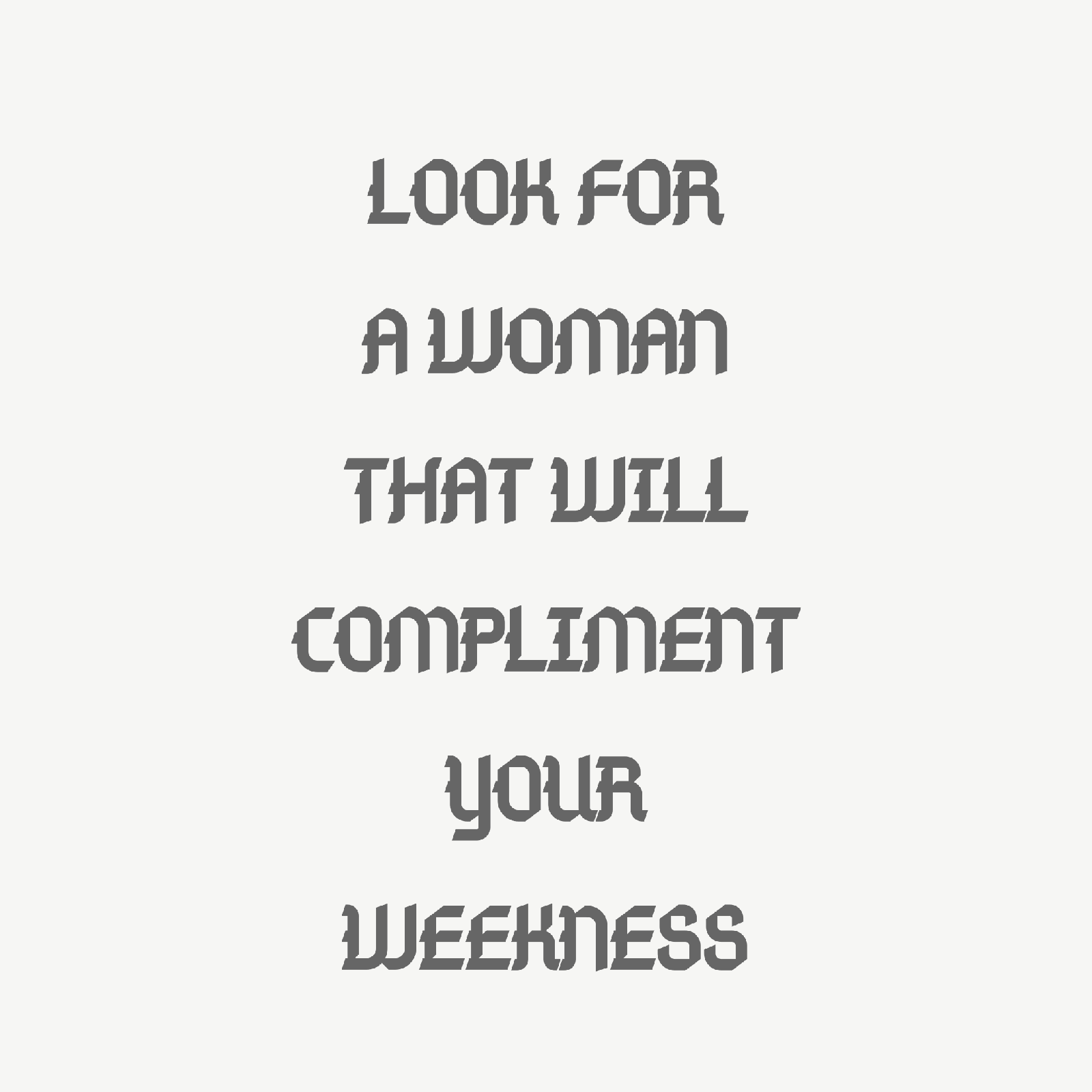 2. Woman That Will Complements His Weaknesses
Every human being has a way he or she is designed by God, some are introverted and others are extrovert. If a man is an introvert that is a man that doesn’t easily associate with people, let him look for a woman that will compliment this weakness that is, he should look for an extrovert. If an introvert man marries an Introvert woman both of them will end up not having friends as both of them are not the socializing type. Another good reason is that once in a while it is always good to take the kids out and you need an extrovert woman for this. Also, most men are not the talking type so look for a woman that talks otherwise your house will be so boring. By the time both of you will be in the house and nobody is talking to each other it’s then you will understand what I mean.
Some men are not charitable, such men should marry a charitable wife, and if you are charitable look for a woman that is not charitable. There should be a balance of attributes between the man and the woman to make for a good marriage. 3. Check your present financial status.
Don’t just marry a woman because you think you are in love you need to have an understanding of what love truly is before going into marriage. I discovered that many men don’t understand what true love is until they are done with the wedding and then settle down for family life, then it begins to dawn on them if they have made the right choice or not. Marriage is sweet and enjoyable though some challenges might come along the line, what one wouldn’t want to experience in marriage is financial depression. If you know you are not financially stable to some extent it is better to go for a working-class lady. Marriage comes with lots of financial burdens so you need a working woman as she can help to augment the family income. a wife can build and help you reach heights you never imagined possible, at the same time she can also cause a man unbearable pain and torment and cause permanent damage to a man. You can find this kind of woman in both the working ones and the ones that are not working so if you are not financially stable yet then it’s better for you to go for the working ones at least you know that one aspect has been solved. 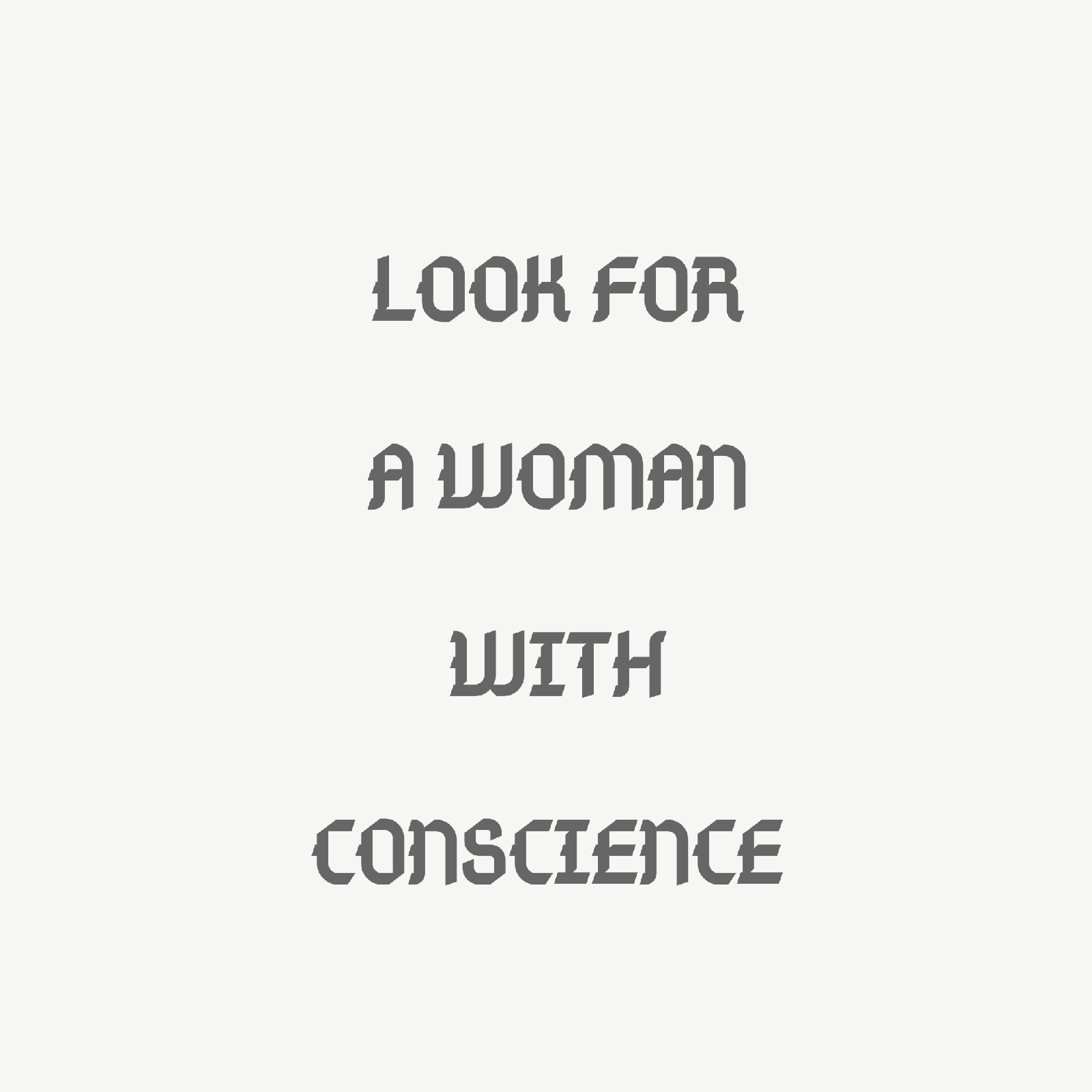 4. Seek for a woman with a conscience.
Let me define conscience according to Merriam’s dictionary ” the sense of the moral goodness of one’s conduct, intentions, or character together with a feeling of obligation to do right or be good”. A woman’s strength is not measured by her structure and yet she can cause a great extent of damage if pushed. Women act by emotions, unlike men that act using their heads. Therefore it is wise to look for a woman that has conscience so that when that adrenaline rises in her, her conscience will not allow her to hurt anyone. Such a woman will always look at her man’s face to see his mood and once his mood is not okay she will always want to know what the problem is. Such a woman will always want to ensure his husband is always happy. Such women because of their good conscience are always good Christians. There is no pain in marriage like psychological trauma which a woman can cause a man to pass through, but a woman with a conscience will not cause that to her man. 5. Your purpose and responsibility. Every man on earth has a purpose given to him by God. The purpose of a man determines his nature, and his nature determines his needs. When God created the first man on earth He gave him work to do then he now gave him a wife to help him in fulfilling that purpose. So also, look for a wife that will enable you to fulfill your God-given purpose. A woman’s purpose is interrelated to her husband’s purpose unless were the husband does not know his purpose then the woman becomes both stressed and depressed unless she begins to pursue her purpose, and this can be intimidating to her husband especially when she begins to be successful like I stated earlier. When a man and a woman understand and values each other’s purpose, they can have a rewarding relationship and they can blend their unique designs harmoniously for God’s glory.

He who finds a wife finds a good thing. What this entails is, if you want a successful marriage you have to go out there and find your woman remember gold is not easy to find but when you find it you cherish it because of the value you placed on it likewise a wife of your choice when you find her you will cherish her because of the value you placed on her and that is true love. Note that it is not that she will be a hundred percent what you want but because you have value for her, you will improve her quality and make her become what you want, and if she is a working lady, finance will not be so much of a constraint.
Finally back it up with prayers for as you search God will bring her your way.

FOUR ATTRIBUTES THAT GUARANTEES SUCCESS IN A MAN

THE EASIEST WAY TO DISCOVER YOUR PURPOSE